Are you ready to see Alexandre Pato in full Chelsea gear for the first time?

No, not in this afternoon’s FA Cup tie at MK Dons, but in this Instagram picture that the Brazilian uploaded of him in his Blues training kit as he prepares to practice with the reserves. 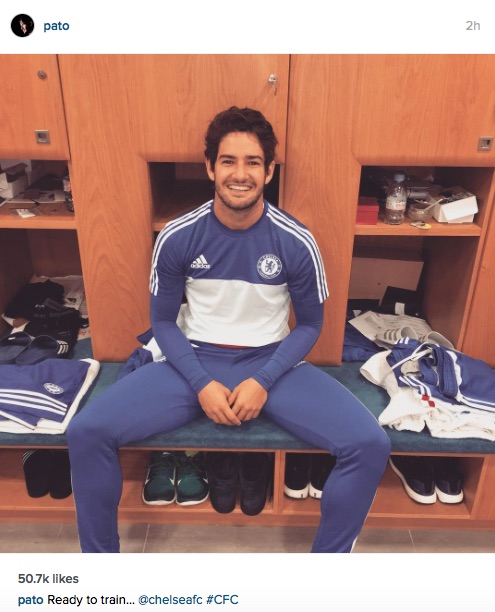 It does not appear as though Chelsea’s new signing has travelled with the first team to Stadium MK, and has instead stayed behind to work on his fitness with the kids who have also remained at home.

Pato joined Chelsea on a six-month loan deal from Corinthians earlier this week, but interim boss Guus Hiddink has revealed that he has work to do before being sharp enough to make his debut.

The 26-year-old has not played since November – the end of a successful two-year loan deal at Santos which saw him recapture the form that made him one of the world’s best young players at AC Milan.