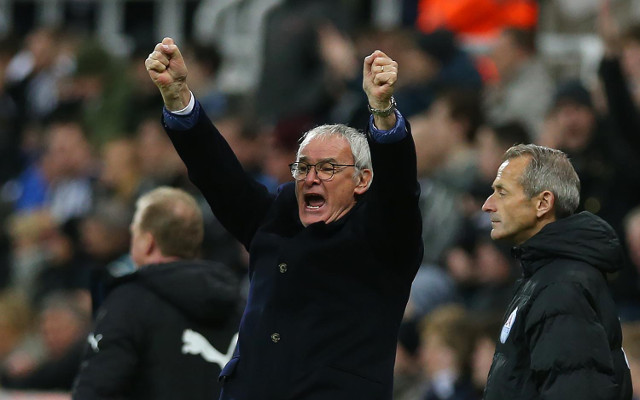 12 years ago Claudio Ranieri was fired as manager of Chelsea after winning just 53.77% of his games and bringing no silverware to Stamford Bridge. On Monday night though, Stamford Bridge delivered the silverware to Ranieri as Chelsea slammed the door shut on Tottenham Hotspur’s Premier League title chase in a 2-2 draw, sealing the title for the Leicester City manager.

Following the match, interim Chelsea manager Guus Hiddink revealed that he received a phonecall from the Leicester City boss after the match ‘thanking him’ for his team’s performance.

“I got a call from Claudio Ranieri and he thanked us, especially for the second half,” Hiddink said, per NBC Sports. “I congratulated him on being champion. His voice was trembling.”

Guus reports he has taken a phone call from Claudio Ranieri thanking him for how Chelsea played in the second half. #CFC

Chelsea conceded two goals to Tottenham in the first half, one from Harry Kane and one from Heung-min Son to go into the half down 2-0. However, the Blues made a game of it in the second half with a goal from Gary Cahill on a set piece to cut the deficit to just one.

Then, at the 83′ mark – renown Tottenham-hater Eden Hazard made good on his plan to keep the Spurs from winning the title by hitting a goal into the top-right corner to seal the 2-2 draw and clinch the title for Leicester City.

Ranieri never won a title at Stamford Bridge, but he got one there today.