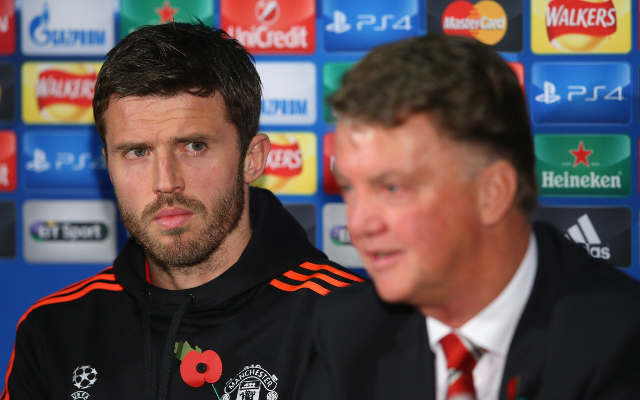 Fire Louis van Gaal. That’s the caveat veteran midfielder Michael Carrick has in place for Man United if they want to bring him back next season.

According to Bleacher Report via the Daily Star, Carrick would be willing to return to the club for another year if the Dutch manager is sacked – regardless of whether Jose Mourinho is the man chosen to replace him or not. Per the source, Carrick has  “endured a difficult relationship” with Van Gaal during the former Netherlands manager’s two-year stint with Man United.

Despite his age – he’ll be 35 before the start of the 2016-17 campaign – Carrick was still a very useful veteran player to the Red Devils this season, making 29 starts at midfield this past season.

Bleacher Report noted that a trio of Premier League clubs – Everton, West Ham and Stoke City – have all expressed interest in signing Carrick.

Carrick has played his last ten seasons at Man United since joining the club on a £14 million transfer deal from Tottenham Hotspur.