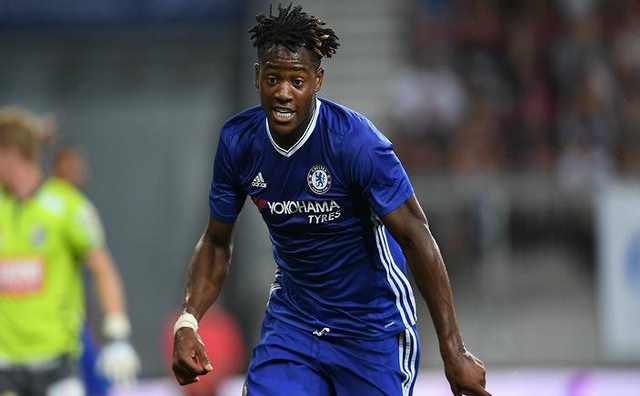 Chelsea striker Michy Batshuayi is reportedly determined to fight for his future in west London despite a lack of playing time so far this season.

The 23-year-old has been limited to seven appearances in all competitions, with all five of his Premier League outings coming from off the bench with 53 minutes in total being played.

Despite that, he’s still managed a more than respectable tally of three goals, with two of those coming in the EFL Cup game against Bristol Rovers in August, a game which he started.

According to The Guardian, the Belgian forward is still committed to fighting for a place in the starting line-up for Chelsea, and will continue to push to try and displace Diego Costa in the side.

In Antonio Conte’s defence though, Costa is the top goalscorer in the Premier League with six goals so far this season, and so the former Atletico Madrid man has certainly made it difficult for his manager to drop him in favour of his summer recruit.

Nevertheless, while the latest report from The Guardian insists that Batshuayi remains happy at Stamford Bridge, it was claimed earlier this week by Le 10 Sport that he could potentially seal a return to Marseille in January.

Batshuayi enjoyed his spell with the Ligue 1 outfit, scoring 26 league goals in 62 appearances which in turn helped him earn his move to England, but to leave Chelsea so soon after joining would have been a major disappointment for all concerned.

It did seem a little drastic for talk to already start about an exit from Chelsea just a couple of months after arriving, but it will be down to the Belgian star to make his case and prove to Conte that he deserves more playing time moving forward.