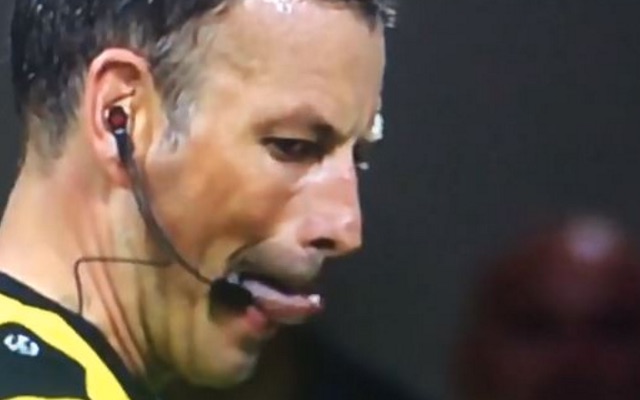 Arsenal blew a gifted 1-0 lead to lose 2-1 at Everton on Tuesday night.

Everton’s stoppage-time winner – scored by Ashley Williams, whose double-error had earlier helped Arsenal break the deadlock – came from a corner kick that Gunners manager Arsene Wenger does not think should have been awarded.

“I am really disappointed in Mr Clattenburg. He is in a really good position to see it and it is not the first time we are really unlucky with his decisions.”

Mark Clattenburg’s previous engagement with Arsenal was the referee November’s North London Derby, in which he awarded a penalty kick to Tottenham as they came from behind to draw 1-1 at the Emirates Stadium.

After Wenger had tried to blame the ref, it was Everton boss Ronald Koeman’s turn to speak to the media, and he responded sarcastically to the gripes of the Gunners gaffer.

“I’m not surprised about Wenger and his comments,” Koeman said. “It’s a third time in a row I’ve beaten Arsenal at home as a manager and three times it’s been the referee’s fault.”

Koeman, whose former side Southampton thrashed the Gunners 4-0 last January, added flippantly: “Sorry Arsenal, we won through the referee!”

Arsenal’s defeat at Goodison Park – their first since April 2014 – saw the North Londoners lose ground in the title race. Chelsea can now go six points clear at the top if they win at Sunderland this evening.