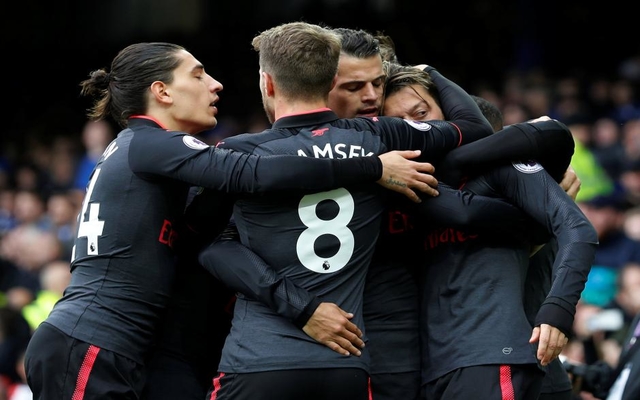 Having already seen Alexis Sanchez leave the club this month, Arsenal will undoubtedly be desperate to avoid seeing any more key figures depart.

The Chilean international swapped the Emirates for Old Trafford with Man Utd sending Henrikh Mkhitaryan in the opposite direction as part of a swap deal, as per BBC Sport.

Given he had less than six months remaining on his contract with the Gunners, it was arguably a smart move from them to do a deal while they could, instead of losing him for nothing in the summer.

Unfortunately for the Arsenal faithful, they face the same situation with Mesut Ozil.

The 29-year-old will also see his contract expire this summer, and with no renewal seemingly close to being signed, it’s raising concern over his long-term future in north London.

In turn, it certainly won’t help lighten the mood for Gunners fans that Manchester Evening News have reported on how the odds of Ozil joining Man Utd have dropped from 33/1 to 14/1 with Paddy Power.

Staying at Arsenal remains the most likely scenario when it comes to betting at 1/25, but ultimately, if the German playmaker opts to leave this month, United are favourites with the bookmakers, with Liverpool, Juventus and Barcelona all given a mention too.

Losing one integral figure to a rival is bad enough, but were Ozil to follow Sanchez to Old Trafford, it would be a huge blow for Arsenal.

With the addition of Mkhitaryan, Arsenal have two world-class creative players at Arsene Wenger’s disposal, and they would be well advised to fight to ensure it stays that way as losing Ozil would not only be a blow on the pitch, but it would surely send a poor message to fans and potential targets about their ambitions and ability to keep hold of their best players.