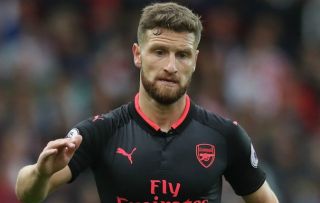 Arsenal legend Lee Dixon has revealed an incredible anecdote about a chat he had with Gary Neville about Gunners defender Shkodran Mustafi.

Former Manchester United right-back Neville served briefly as Valencia manager and worked with Mustafi in his time in charge of the La Liga club.

Remarkably, Dixon claims Neville told him that Valencia were desperately looking to offload the Germany international but couldn’t find a buyer for him until Arsenal came in and signed him for £30million.

It’s fair to say Mustafi’s form has taken a real hit recently despite a decent start at the Emirates Stadium last season.

Like so many defensive players, the 25-year-old seems to have gone backwards under the management of Wenger, though Dixon’s quote suggests Valencia never particularly rated him in the first place.

This must also call Arsenal’s scouting and recruitment into question once again after a string of unconvincing recent signings, including Granit Xhaka in midfield and Alexandre Lacazette up front.

Mustafi, however, may be the worst of the lot, and Arsenal fans won’t be comforted by this revelation from Dixon.

‘I spoke to Gary Neville who said Valencia couldn’t give him away. Then Arsenal came along and paid £30m for him.

‘I didnt think the players that Wenger brought in are good enough. Six of the current starting XI aren’t good enough.

‘But I thought give them a chance, if they get coached and trained to improve.’ 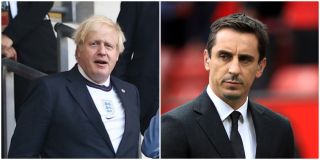 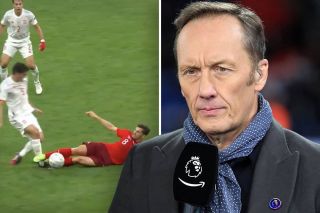