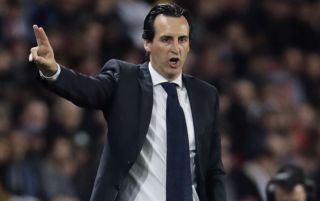 Lucas Perez’s entourage are said to be feeling positive about Arsenal’s appointment of Unai Emery as their new head coach this summer.

The Spanish tactician was confirmed as Arsene Wenger’s replacement on Wednesday morning and gave his first press conference later that day.

It promises to be a fresh start and a big change from the Wenger era, which ultimately ended in disappointment for the long-serving Frenchman as he stepped down at the end of this season.

Perez has been out on loan this term, having rejoined his former side Deportivo La Coruna after just a single season with the Gunners.

Still, Spanish source El Desmarque reports the 29-year-old has been told to report back for pre-season training with his parent club and that his entourage are optimistic about his future due to Emery’s appointment as they prepare to hold talks over the player’s future.

Could Lucas Perez get another chance at Arsenal under Unai Emery?

Perez did a decent job as a squad player for Arsenal in 2016/17, scoring seven goals despite limited playing time, and seeming to fit the style of football nicely.

However, he will need to step up in the Premier League, where he scored only once in eleven appearances and perhaps seemed a tad out of his depth.

It remains to be seen if Emery can take his game to a new level, but the 46-year-old has tended to do that well with players throughout his career.