Barcelona and Real Madrid are set to rival each other in the race to sign Brazilian youngster Lucas Paqueta from Flamengo.

This is according to Don Balon, who note that some are comparing the 21-year-old to stars like Luka Modric, Andres Iniesta and Xavi, and that Real president Florentino Perez is eager to bring in another midfielder due to Modric reaching the twilight years of his career.

MORE: “Doesn’t deserve to be there” – These fans all thinking the same thing about certain star as shortlist for FIFA’s ‘The Best’ award announced

The report also notes that Man City, Man United and PSG are all keen on the midfielder, so it looks like Real and Barca may not be alone in the race to land the player’s signature. 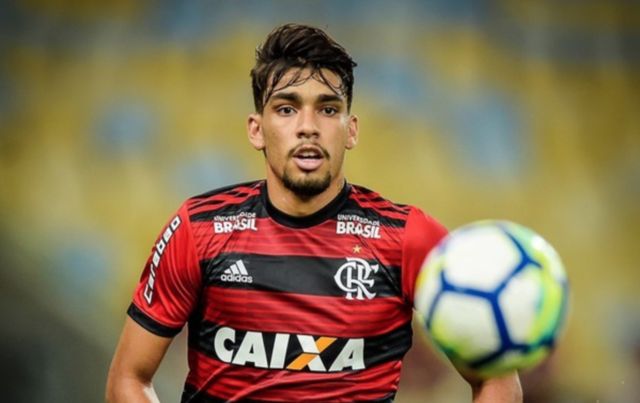 Despite being just 21, Paqueta seems to be attracing attention from a whole host of Europe’s top clubs, meaning that he must be some talent if that’s the case!

The Brazilian already seems to have cemented himself in Flamengo’s starting XI despite still being young, as the maestro has already made 27 appearances in all competitions for the club this year, scoring six and assisting four.

With Real and Barca both seemingly in for Paqueta, it seems the two’s rivalry is going to get more heated should they end up being the only two in the battle for the youngster.