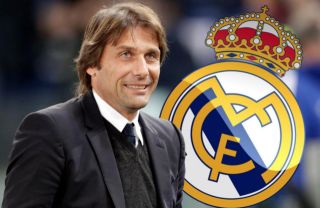 Antonio Conte has seemingly addressed comments made by Real Madrid defender Sergio Ramos when he was linked with the post at the Bernabeu.

As noted by Marca last month, Ramos directly responded to a question about Conte potentially replacing Julen Lopetegui at Real Madrid and insisted that ‘respect is won’.

In truth, it was a rather strange comment to make from a player about a possible future coach, as ultimately earning respect goes both ways and it isn’t necessarily something that is usually demanded from a player before a coach has even taken the job.

Nevertheless, it looks irrelevant at this stage as Santiago Solari has impressed since taking charge on an interim basis having led Real Madrid to four consecutive wins in all competitions.

That in turn has led to strong talk of the Argentine landing the job on a more permanent basis, as noted by BBC Sport, and so it doesn’t appear as though Ramos will be working with Conte any time soon.

Nevertheless, the Italian tactician responded this week to his comments, and delivered a fair assessment while reiterating the point that respect would be earned through his methods and that it’s a mutual thing in that it must be earned by the players too.

“When a coach arrives at a team he must bring education and respect, something that he would expect from the players too,” Conte told Rai Sport, as quoted by Sport. “When this goes wrong, the problems begin.”

Time will tell if Solari continues to impress between now and the end of the season to warrant staying in the job long term, but ultimately the tension that has built up between Conte and Ramos through the media doesn’t suggest that they would be a great match.