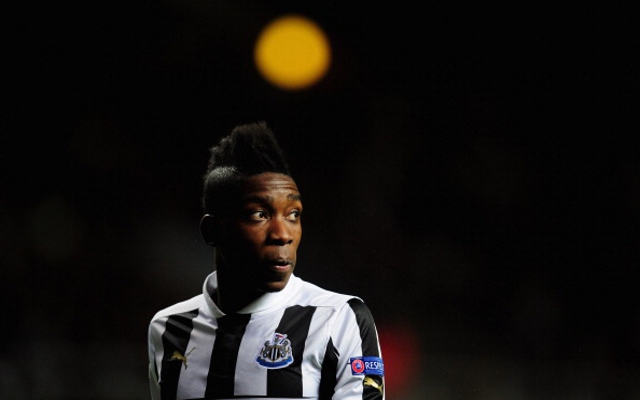 Sammy Ameobi joins north-east rivals for remainder of the season.

Newcastle United forward Sammy Ameobi will spend the remainder of the season on loan at Championship side Middlesbrough.

Ameobi, the younger brother of fellow St James’ Park forward Shola, has been on the fringes of the Newcastle first-team this season in the Premier League but has played a role in the European squad in Europa League action, particularly in the early rounds.

He has failed to find the net in 14 appearances this season, however, and manager Alan Pardew will be hoping that a spell of regular football in the Championship will be the making of the England under-21 international ahead of a playing a more prominent role at St James’ Park next season.

Middlesbrough, who face Chelsea in the FA Cup fifth round on Wednesday night, are hoping Ameobi can provide a crucial boost to their hopes of making the play-offs in the Championship after a dismal run of form. Middlesbrough manager Tony Mowbray plans to use Ameobi as a wide player rather than as an out-and-out forward.

Ameobi has fallen further down the pecking order at Newcastle United following the return from injury of Hatem Ben Arfa and the signing of Moussa Sissoko and Yoan Gouffran, who moved to St James’ Park from Ligue 1 in January.