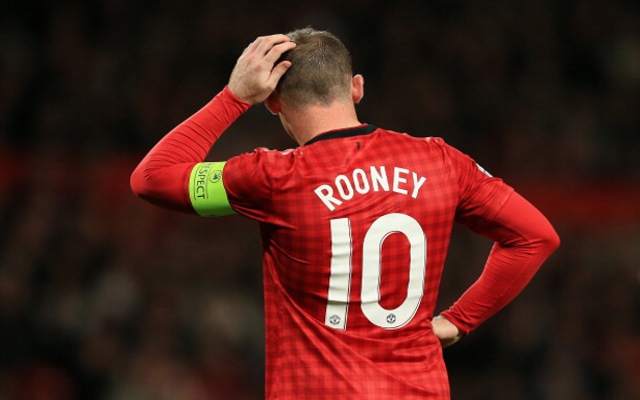 Man United striker Wayne Rooney has reportedly requested to leave his Old Trafford club and then moved to ramp up speculation about such an exit with a telling amendment to his personal Twitter account.

The 27 year old is said to have told Sir Alex Ferguson of his intention to leave the club two weeks ago but was told by the Scot that he was not for sale, now that the Man United veteran has left it seems entirely possible that Rooney will leave the club he joined in the summer of 2004, not least because the man set to replace Fergie is none other than David Moyes, who rather spectacularly fell out with his former Everton charge after he made some rather disparaging comments about the Toffees boss in his autobiography, leading to a lawsuit and an out of court settlement.

Talk of a possible exit has been cranked up a notch this morning after Rooney removed reference to ‘Man United’ in his twitter biography, clearly not an accidental slip and with over 6 million followers clearly one that the England striker was happy to make public.