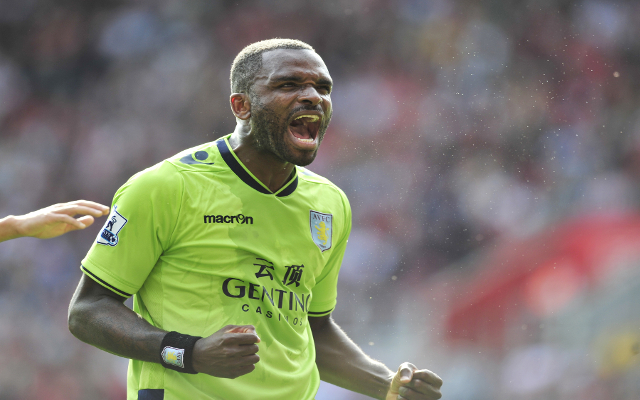 Crystal Palace manager Ian Holloway will try and end Darren Bent’s nightmare stay at Aston Villa by offering to take the striker on loan and pay a substantial amount of the strikers £65,000 a week contract, the Daily Telegraph reports.

Holloway will make the deal permanent if the Eagles escape relegation and is taking a risk by paying most of the strikers expensive wages for a season.

Bent is desperate to leave Villa this summer having endured a terrible season at Villa Park where he was often left on the bench by manager Paul Lambert, who has reportedly told the 29 year old that he has no future at the club.

While Villa would prefer to offload Bent permanently, their £6 million valuation has frightened off Newcastle and Fulham, who are unwilling to pay that much, meaning they may have to consider a loan deal just to get rid of the striker.

Although Palace signed Marouane Chamakh on Monday, Holloway wants to sign a striker with a proven record in the Premier League and hopes to persuade Villa to part with their record signing on a loan deal.