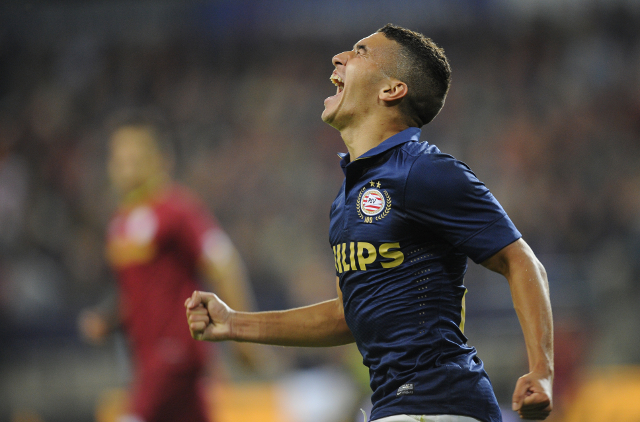 Arsenal, Manchester City and Chelsea are all interested in signing highly-rated PSV attacker Zakaria Bakkali this summer, according to the Express.

The teenage sensation has earned rave reviews playing for PSV this season, becoming the youngest ever player to score a hat-trick in the Eredivisie, in just his second senior appearance for PSV. All three Premier League clubs have sent scouts to watch him this season and have come away impressed.

The 17-year old had rejected Manchester City two years ago, as he felt his development would be enhanced by staying in Holland, but may be tempted with a move this summer. Having broken into the Belgian U21 set-up off the back of his performances, Chelsea and Arsenal will be stepping up their interest in the teenage attacker, who can play across the forward line.

Arsenal are known for their tremendous grooming of young talents and incorporating them into their first team set-up once they are ready to play, so a switch to Arsenal can be seen as a positive, with perhaps a loan back to Holland for more regular football. The Gunners are also reportedly keeping tabs on fellow PSV attacker Georginio Wijnaldum.

According to Voetbal International, the Gunners sent scout Peter Clarke, who keeps tabs on players the London club are ‘extremely interested in’ to watch Wijnaldum and Bakkali. Having impressed at the U21 European Championships with Holland, Wijnaldum could be set for a move to the Premier League with Arsenal.