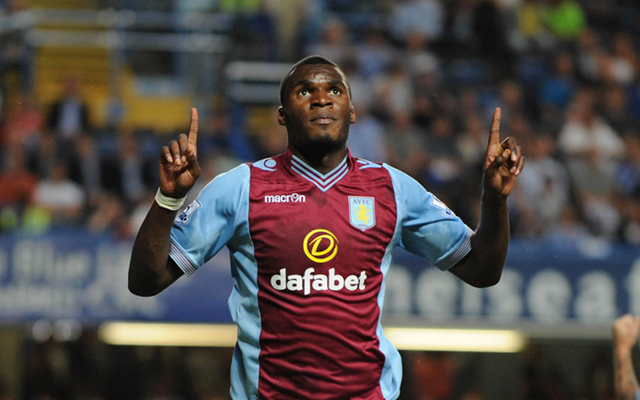 Belgium has been banging the goals in since first arriving at Villa Park a year ago.

Serie A giants Lazio are planning on making an ambitious move for highly rated Aston Villa front man Christian Benteke when the winter transfer window finally reopens again for business in the new year, according to reports in the Daily Star.

The prolific Belgium international has been closely monitored by a whole host of big-name Premier League clubs since the end of last season, with the likes of Chelsea, Manchester United and Arsenal having all expressed an interest in signing Benteke.

In fact, the west London club did bid £20 million for the 22-year-old last summer, an offer that the west Midlands outfit rejected out of hand, with Villa understood to value Benteke at upwards of the £25m mark., especially after their star man agreed to put pen to paper on a new four-year deal at Villa Park in July that now keeps the striker at the club until June 30 2107.

However, that has not prevented the Romans from preparing a big-money move for the forward in January, with Lazio head coach Vladimir Petkovic said to be keen to add more firepower to his front line after selling forward Libor Kozak to Villa last summer, while he also expects key playmaker Hernanes to quit the Italian capital come the turn of the year.