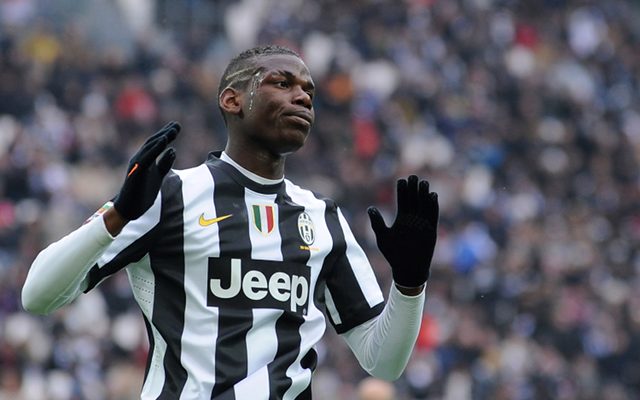 French youngster is currently in his second season with Juve.

In-demand Juventus midfield player Paul Pogba says that he has no intention whatsoever of quitting the Serie A champions, despite interest in the Frenchman from a number of big-name clubs from across the Continent of late, according to reports in the Daily Mail.

The exciting les Bleus star has only been in Turin since July 2012 when Pogba joined the ‘Old Lady of Italian Football’ from Premier League champions Manchester United on a four-year deal for free.

And it is fair to say that already in the short period of time that the 20-year-old has been with the Italian giants, Pogba has caught the eye with a number of impressive displays for Antonio Conte’s men, so much so that the likes of both Uefa Europa League holders Chelsea and Ligue 1 champions Paris Saint-Germain have recently been linked with making a move for the France international.

However, Pogba has now come out to confirm that he is happy at Juve, who the attacker is contracted to until June 30 2016, and has not been upset by comments made by president Andrea Agnelli last week suggesting that the club would find it near on impossible to turn down a big-money offer for the player.

“I am not angry that Juventus are talking about a possible transfer,” Pogba told Sky Sports.

“I do not know anything about PSG’s interest. I am only thinking about Juventus. I am happy here.

“We have not discussed a contract renewal yet, so there’s no news on that front. I am only thinking about football and my agent Mino Raiola takes care of the rest.”