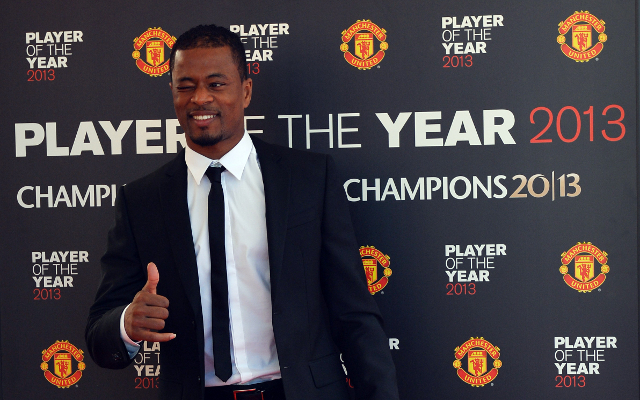 Big spending Ligue 1 side AS Monaco are ready to make an offer for Man United left-back Patrice Evra according to CalcioMercato.

Claudio Ranieri’s newly promoted side have started the new season in excellent fashion and are unbeaten after ten domestic fixtures and the former Chelsea boss appears keen to further strengthen his squad with a move for Old Trafford star Evra.

The 32 year old left Monaco to join Man United back in January 2006 and could now be ready to consider a return knowing full well that boss David Moyes is actively pursuing a replacement for his services in the form of Everton full-back Leighton Baines.

Evra spent four years at Monaco, helping them to a Coupe de la Ligue triumph, and making 163 appearances in the process and has proven a very consistent performer at Man United.

Now into his ninth season at the club Evra has secured a host of honours including five Premier League titles and a Champions League winners medal and has made a total of 340 appearances for the club.

AS Monaco have spent vast sums over the past year bringing in the likes of James Rodriguez, Ricardo Carvalho, Joao Moutinho and Radamel Falcao to help their push for domestic honours and the very least a Champions League berth for next term.