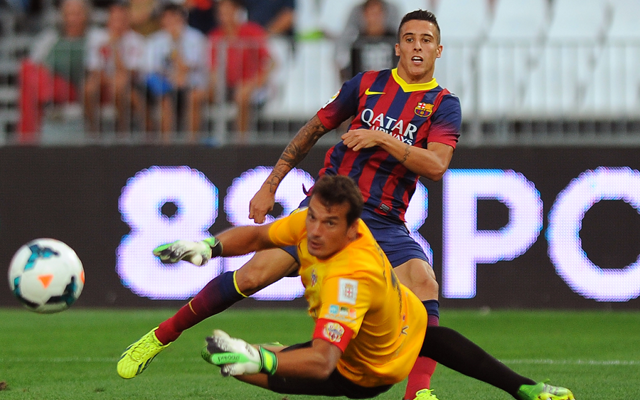 Barcelona forward Christian Tello has opened the door to a move to Liverpool in the January transfer window after admitting he may need to move on in order to secure himself more regular first team football, the Daily Mirror reports.

The 22-year-old has been out of action recently thanks to injury, but has not been able to command a regular first team spot in the time before he was laid out on the sidelines and Liverpool may look to rescue him from limbo should Gerrardo Martino continue to not use him.

“You wait and see how the season goes and if by the end I do not play what I want, I will raise out,” Tello said.

“Taking that step will be quite difficult but I think we appreciate the role of each.

“As the years pass you want the role change and have more minutes.”

Liverpool boss Brendan Rodgers made it clear that he would be dipping into the transfer market following his side’s defeat to Hull at the weekend and has made a forward one of his top priorities after it was revealed that England star Daniel Sturridge would be missing for the next eight weeks with an ankle injury.