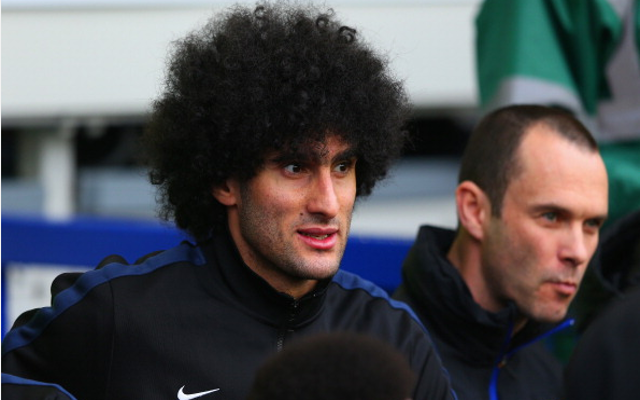 Belgian midfielder to hold off on making Napoli move.

Manchester United midfielder Marouane Fellaini will wait to see if Napoli can squeeze past Athletic Bilbao in the knockout round of the Champions League before deciding whether to join them this summer, according to Inside Futbol.

United boss Louis Van Gaal is thought to be keen on letting Fellaini move on this summer, and reports had suggested that the two clubs had come to a tentative loan agreement recently.

However, But Fellaini has yet to give the green light to the switch and according to Gazzetta dello Sport, the midfielder is waiting to see whether Napoli will qualify for the Champions League group stage.

Fellaini may be in a position to make the call sooner rather than later should Napoli look as though they are set to head through to the group stage after Tuesday night’s first leg.

The big midfielder was snapped up by United last summer in a deal worth £27.5m, but a dismal first campaign at the club has seen him deemed surplus to requirements this summer.

And were Fellaini to remain at Old Trafford however, he would likely struggle for regular first team football.