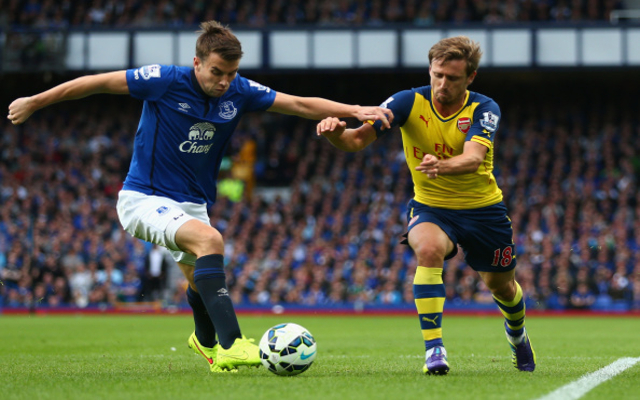 Blues keen on signing United target.Chelsea could be set to make Everton right-back Seamus Coleman their top target in defence next summer, according to the Sun.

The Blues are eyeing a new addition in that part of the pitch, with the possible view of moving Branislav Ivanovic into a central position, where he can also play to a high standard, despite his excellent form as a right-back in recent times.

The Republic of Ireland international would make a great purchase, however, having also shown himself to be one of the top full-backs in the Premier League in recent times with some impressive attack-minded performances from the back.

Manchester United are also keeping an eye on Coleman, however, and may prove Chelsea’s biggest rivals in a move for the £20m-rated player, who is one of two Everton stars currently on the Blues’ radar.

Exciting young midfielder Ross Barkley has also been linked with a move to Stamford Bridge, but it may be that he will prove too expensive, with Jose Mourinho also already enjoying plenty of quality options available to him in the middle of the park.

This could now see Coleman become his main target as the Portuguese coach eyes a long-term signing at right-back.