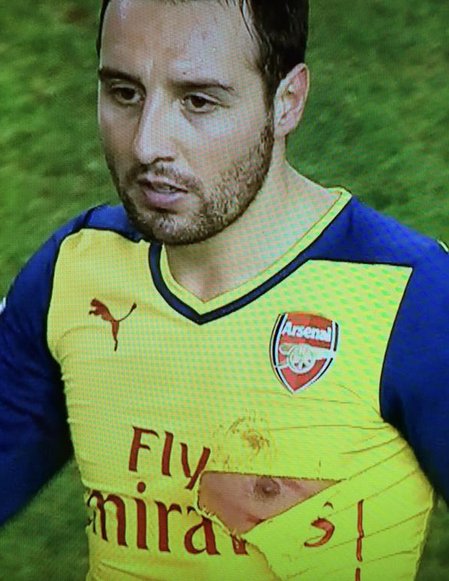 Liverpool striker Fabio Borini was sent off during his side’s 2-2 draw with Arsenal on Sunday, picking up a second yellow card for an awfully high tackle on Santi Cazorla.

Gunners midfielder Cazorla was left with a ripped shirt and a nasty cut on his chest.

Had Borini’s foot been at a marginally different angle, the Spain international could have lost a nipple!

Liverpool were 2-1 down when Borini got sent off, but they managed to equalise thanks to a late Martin Skrtel header.

So, it’s official… Liverpool are better with 10 men than with Borini!