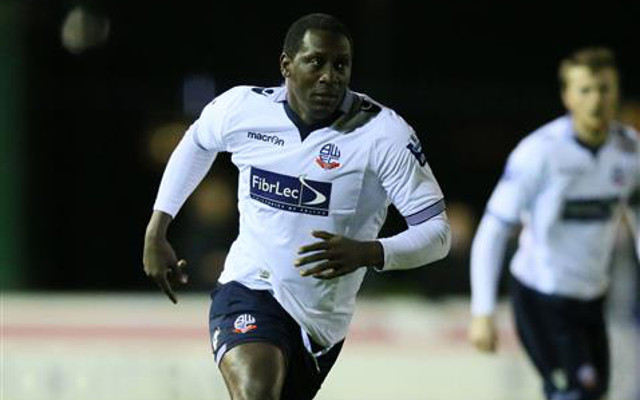 The evergreen striker is set to feature for Bolton at Anfield.

Bolton Wanderers’ experienced former England international striker Emile Heskey has said that it is “wonderful” that he has the chance to visit his old stamping ground, Anfield, in the FA Cup fourth round this week, with the former Liverpool cult hero hoping that he can hurt the club where he arguably enjoyed the finest years of his career.

Heskey has been handed a surprise second bite at the cherry when it comes to English football by Trotters manager Neil Lennon after his departure from Australian club Newcastle Jets – and the former Leicester City man made an instant impact when he scored within minutes of coming on for his Boxing Day debut.

The partnership that target man Heskey and poacher Michael Owen enjoyed under Gerard Houllier at Liverpool were the golden years of Heskey’s career, before he unfairly became something of a laughing stock in his latter career stints with Wigan Athletic and Aston Villa.

However, Heskey is just happy to get the chance to have another crack at the big time when his side look to upset Brendan Rodgers’ this weekend in an interview with the Guardian:

“Who’d have thought at 37 I’d be going back to play at the club where I had so much success,” he said.

We won a lot of trophies and the fans were wonderful for me and I thank them for that. Now I get the opportunity to go back and play against them.”

Private: Ex-Red picks surprise name for top talent who never made it at Liverpool May 5, 2020 14:19
Liverpool FC