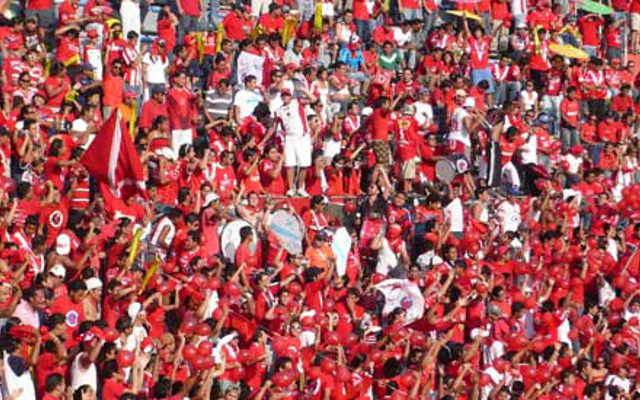 Veracruz will be fined by the Mexican disciplinary commission for exceeding their stadium capacity during the last game against Cruz Azul.

The club will be fined two thousand times the minimum wage, approximately $140,000 Mexican pesos, for over selling the stadium seats.

Veracruz are the surprise early leaders of the Liga MX, meaning the game caused great excitement among the fans – thus resulting in an overcrowded Pirata Fuente Stadium.

The tickets were sold out in less than two days and since the game several videos have emerged of fans dangerously blocking the stairs and various accesses of the venue.

In the video below you can briefly see the police trying to restrain the fans and control the entrance into the stadium: