Turns out that Wesley Sneijder isn’t just one of the best footballers in the world, but is also pretty good at basketball!

The Dutch international has been showing off his moves during a training session with his club side Galatasaray.

We’re not sure that he could have made it in the NBA, but his flashy no-look pass certainly bamboozled his teammates.

Check it out in the image below: 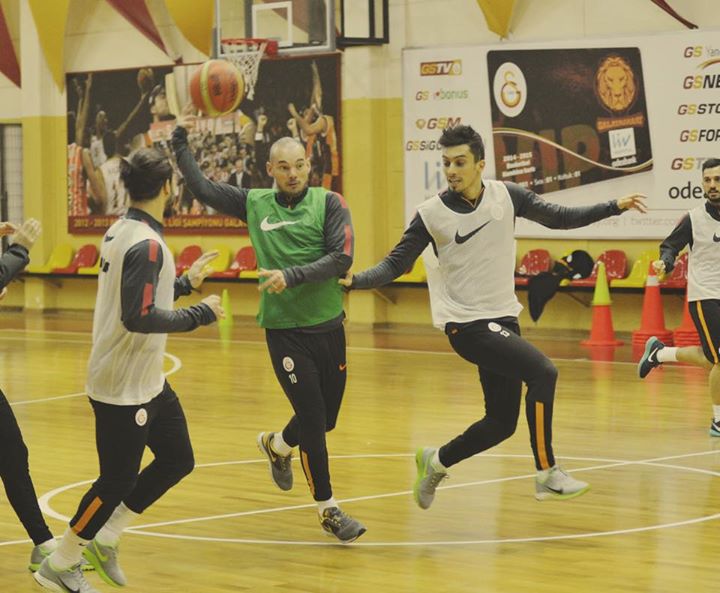