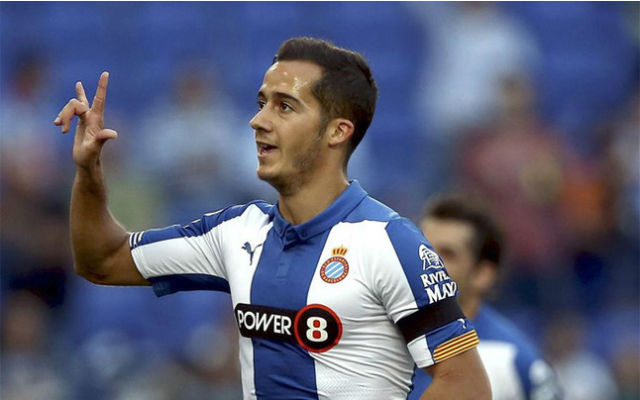 Reds close to sealing a deal to sign young Spaniard.

Liverpool are said to be closing in on a deal to sign highly-rated Real Madrid winger Lucas Vazquez after putting in a £7m bid for his services, according to the Metro.

The 23-year-old is currently spending the season on loan with Barcelona-based side Espanyol, where he has bagged two goals in 22 appearances, and the Reds’ scouting network have been keeping a close watch on his progress.

It had emerged over the weekend that the club had been keeping tabs on his situation, and reports in Spain are now claiming that a £7m bid has gone in.

However, Espanyol are hoping to land him on a permanent deal themselves, whilst Real are keen to earn closer to the £10m mark, but the Reds are still believed to be the frontrunners.