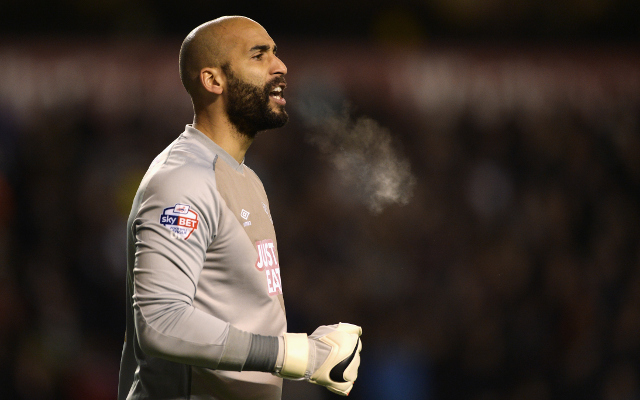 Wolves took a 2-0 lead in their crucial Championship clash against Derby, but only after the Rams keeper Lee Grant punched the ball into the back of his own net.

READ MORE:
Championship Transfer Rumours
(Video) Wenger: Arsenal have a chance of catching Chelsea – why he may be right!
(Video) Worst Panenka penalty EVER by Benfica youngster Romario Balde!

The 32-year-old was under a bit of pressure after his centre-back Richard Keogh skied a clearance across the six-yard box, but there was surely no excuse for Grant to allow the ball to spin off his gloves and agonisingly into the net.

The goal came in the second half of the game between two sides chasing promotion to the Premier League, and effectively ended Derby’s now slim hopes of an automatic spot, whilst strengthening Kenny Jackett’s side’s claims for a top six finish.