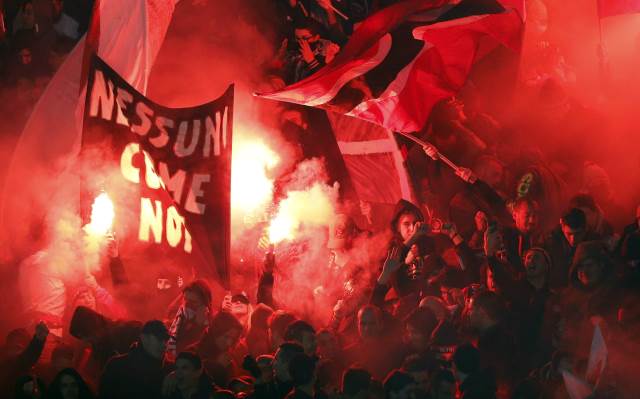 OGC Nice president Jean-Pierre Rivere has criticised his club’s own fans after a section of supporters broke into a behind-closed-doors training session on Friday morning to protest against the direction the team are taking.

Nice are facing problems on and off the pitch at the moment.

In Ligue 1, Claude Puel’s side are struggling and have slipped to 16th place, only five points off the relegation zone. Off the field, the side were forced to play a match behind closed doors at their new Allianz Riviera after poor behaviour by the club’s fans.

Tensions spilled over on Friday morning, ahead of Saturday’s away trip to Olympique Lyonnais, as Gym supporters disrupted the players’ training session to protest against the club’s management.

“I say in the name of the club that what happened is simply unacceptable,” said president Rivere, speaking to Nice’s official website.

“It’s not just a few insults thrown into the air or an exchange of kindness between angry supporters and vexed players. It was forty supporters who invaded the pitch during training on the eve of an important match, who threw smoke bombs in the direction of the players at which point the coach decided to stop the session.

“Exerting a positive pressure on the team might be a good thing, yes, but not with all this wrongdoing.”