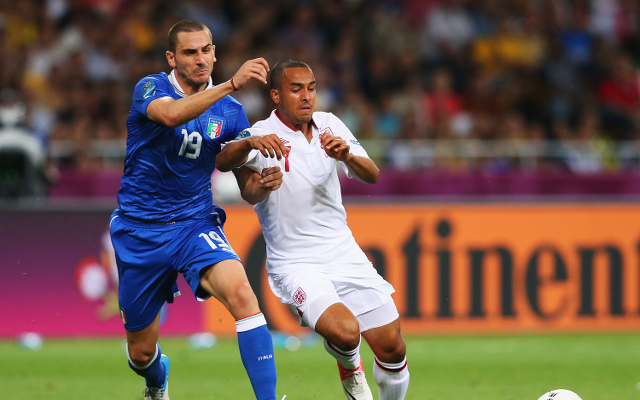 As England prepare to take on Italy in a friendly on Tuesday night, Juventus defender Giorgio Chiellini has been speaking ahead of the encounter and has singled out Arsenal man Theo Walcott as Roy Hodgson’s most dangerous outlet, according to the Mirror.

Walcott has enjoyed little football in recent weeks, struggling to get into the Arsenal side on a regular basis with Arsene Wenger favouring the likes of Danny Welbeck and Alex Oxlade-Chamberlain in the wide-right role.

For England, manager Roy Hodgson compounded Walcott’s woes by warning him that he faces a fight to get back in the England side having dropped down the pecking order since his cruciate ligament injury (via the Guardian).

However, players across Europe are still aware of Walcott’s pedigree and Chiellini is certainly worried about the 26-year-old.

“I am always a fan of Walcott, a quick sprinter and terrifying for defenders. England notice his absence,” Chiellini said (via the Mirror).

“For the world of football, it is positive that Walcott recuperates totally to his top level.”

Walcott is one of a few England players familiar to the top defenders around the world due to his regular presence in Europe’s premier club competition – the Champions League.

Despite the popularity of the Premier League, it is performances in Europe’s top competition which attract the most attention and Walcott has impressed in some big games against big opponents in the nine years since he moved to Arsenal.