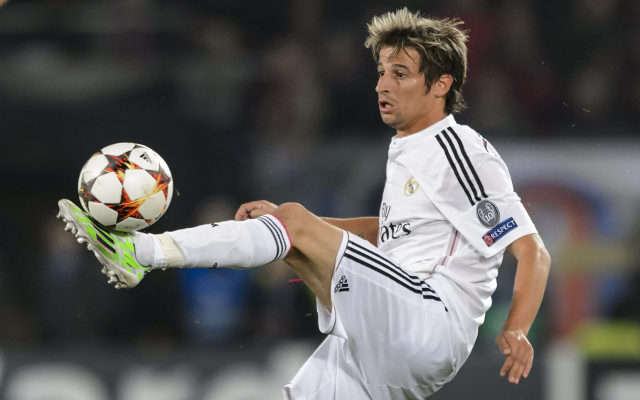 Chelsea are keen to secure the signing of Real Madrid wing-back Fabio Coentrao as soon as possible according to the Metro.

Jose Mourinho looks set to offload Brazilian Filipe Luis, the former Atletico Madrid man keen to leave the Stamford Bridge side, and has identified his former Bernabeu charge as an ideal replacement.

Attack minded Coentrao can play at left-back or in a more advanced role and the move to sign the Portuguese international would cost a reported £14.5m.

The 27 year old is currently a back-up to Marcelo at Real Madrid and Carlo Ancelotti may well be open to selling the former Benfice man.

A move to Chelsea would in all likelihood see Coentrao again fill a squad role, with Cesar Azpilicueta a virtual ever present in Jose Mourinho’s starting eleven.

Real Madrid paid £25m for Coentrao back in 2011 but it’s fair to say he hasn’t come close to justifying that outlay.