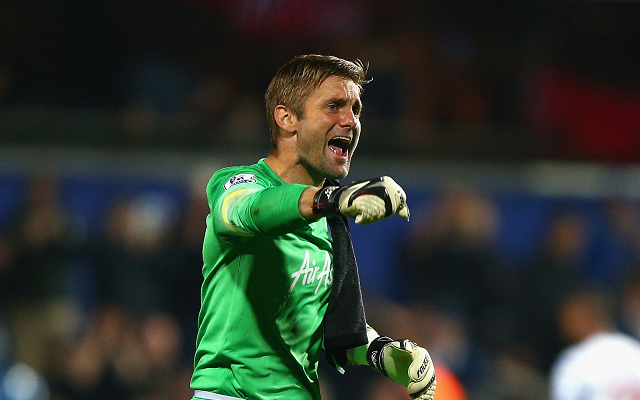 Chelsea have been give the all clear in their bid to sign England goalkeeper Robert Green as a replacement for Petr Cech now that Queens Park Rangers have been relegated from the Barclays Premier League, the Evening Standard reports.

The 35-year-old is understood to be Jose Mourinho’s first choice to provide competition for Thibaut Courtois next season as it is expected that current number two Cech will depart Stamford Bridge in the summer after losing his place to the Belgian during the current campaign.

The Czech international has been linked with a number of clubs including Inter Milan, Paris St Germain, Real Madrid, Arsenal and Liverpool and the Blues have already drawn up a list of replacements and are confident securing a deal for Green.

Despite suffering relegation with the Hoops last weekend in the 6-0 thrashing at the hands of Manchester City, Green is one a few players to have emerged with any credit this season and his performances throughout the campaign have been rewarded with a recall to the national side.