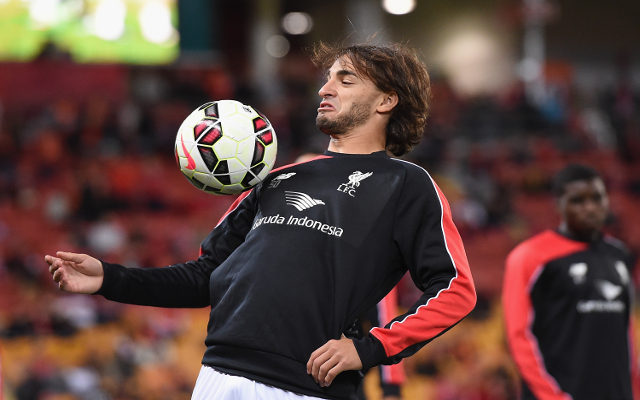 Anfield youngster Lazar Markovic has joined Turkish side Fenerbahce in a season long loan deal, according to the club’s official website.

The 20-year-old Serbian international has only shown glimpses of his obvious ability since moving to Liverpool a year ago and is now some way down the pecking order following recent signings made by Brendan Rodgers.

Markovic cost Liverpool £20m (via the Daily Mail) and is the latest of the signings made by Rodgers a year ago to be on their way out.

Mario Balotelli has moved to AC Milan on a loan deal whilst Rickie Lambert has completed a £3m move to West Brom (via Sky Sports) and is proof that Liverpool didn’t make great use of the funds accrued from the sale of Luis Suarez to Barcelona.

21-year-old Lazar Markovic made just 11 Premier League starts last season and had fallen behind the likes of Roberto Firmino and Jordan Ibe in Rodgers’s plans. He didn’t feature in the Liverpool side in 2015/16 before his departure.

Markovic is the latest Premier League capture made by Istanbul-based side Fenerbahce with the Super Lig side having already signed Man United duo Robin van Persie and Nani.