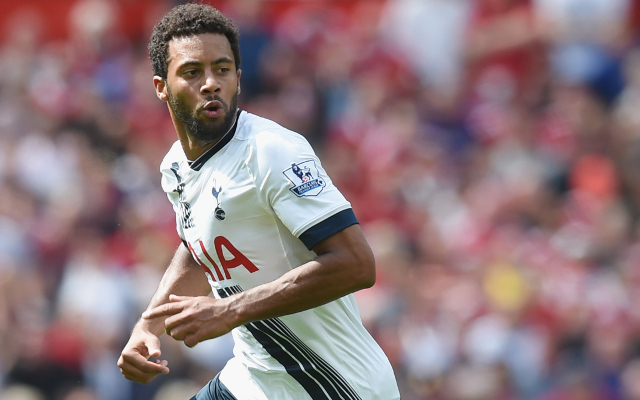 According to Italian broadcaster Sportitalia [via Sky Sports], the Belgium international is a last minute target for the Serie A outfit before the close of the summer window on Tuesday evening.

Dembele made 26 appearances in the Premier League last term, but with just 10 of those being starts, there has been uncertainty surrounding his future at White Hart Lane.

However, Mauricio Pochettino, the Spurs manager, has started the midfielder in all four of their Premier League games so far this season, and he could therefore play a key role in the Argentine’s plans with the club over the next 12 months.

What’s more, Dembele was stretchered off in the goalless draw with Everton on Saturday, and a spell on the sidelines could banish interest from Napoli.

Tottenham have been fairly business in the market in securing four new additions to their senior squad: Toby Alderweireld from Atletico Madrid, Clinton N’Jie from Olympique Lyonnais, Heung-Min Son from Bayer Leverkusen and Kieran Trippier from Burnley, and the rumour mill is quiet on any more signings within the next three days.

Nonetheless, with just three goals scored in their opening four games and last season’s breakthrough star Harry Kane yet to get off the mark, there are already concerns over Spurs in attack, and perhaps they shouldn’t be ruled out of engaging in late business just yet.