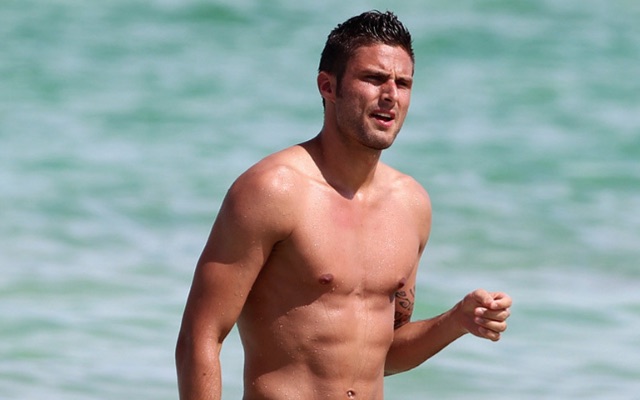 Arsenal face a seemingly impossible task as they take on holders Barcelona in the last 16 of this season’s Champions League.

Dreamers can get 5-1 on the Gunners prevailing over two legs, the first of which takes place in North London on Tuesday night.

Those odds seem pretty stingy, considering Barcelona – arguably the greatest team world football has ever seen, boasting a front three of Lionel Messi, Luis Suarez and Neymar – are unbeaten in 32 games, while Arsenal have lost nine matches this season in all competitions and find themselves below Leicester City in the Premier League.

Is there any hope for Arsene Wenger’s men? Maybe, but if Arsenal are to defeat Barca, they are going to have to do it dirty.

Here are the only two possible ways the Gunners could get through.

Suarez is Barca’s topscorer this season, with 41 goals in La Liga and the Champions League, so Arsenal need to stop him.

On three occasions during his controversial career, Suarez has bitten an opponent. Arsenal need to entice him into cannibalistically self-destructing again.

Olivier Giroud is the perfect bait. Arsenal’s no.12 is gorgeous. Suarez may be a changed man, but deep down he’d love to clamp his mouth around any one of the hot striker’s toned limbs.

Wenger, like any self-respecting Frenchman, is a proud cook. His lasagne is legendary! The Gunners boss will know exactly how to serve Giroud to Suarez.

2. Get Barca kicked out by UEFA, citing racist behaviour from change-throwing fans

This one may seem familiar to fans of legendary Sky drama ‘Dream Team’. Indeed, it has been inspired by the goings on at Harchester United.

Back in the days when Harchester were terrorising their way through Europe, the fictional Dragons were managed by evil Scotsman Don Barker.

Barker pulled off some nasty shit on Dream Team, including murdering club icon Carl Fletcher with a coat hook, raping a player’s wife and, ultimately, killing the majority of the first team by suicide-bombing the team bus.

But we are going to focus on one of his earlier offences. Wenger, listen up…

With odds stacked against them, Harchester traveled to Rome for a must-win game with Lazio. Knowing his team stood little chance of beating the Serie A side on the pitch, Barker bribed Lazio ultras into racially abusing young black goalkeeper Nathan Woods, who was bullied into pretending he was hit in the eye with a coin.

The hope was that UEFA would come down hard on Lazio and award the tie to the boys in purple.

Unfortunately, this didn’t work for Harchester, because the scummy scheme was exposed. But if Wenger and, for example, Joel Campbell were able to pull this off in the Nou Camp…