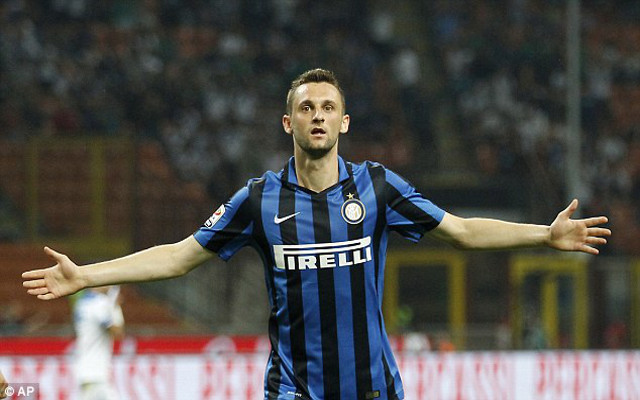 The agent of Inter midfielder Marcelo Brozovic has revealed that he has been given the impression that the club want to sell his client this summer.

Brozovic moved to the Nerazzurri just last summer from Dinamo Zagreb on a loan deal with an option to buy, and has experienced a decent first season in Italy.

However, that hasn’t prevented speculation from linking him with a move elsewhere, and Miroslav Bicanic has merely added fuel to the fire with his latest comments.

While it remains to be seen how serious Arsenal’s interest in the Croatian international is, as rumours have dried up since The Express reported last month that he was on the Gunners radar, the 23-year-old would seemingly be a solid addition to Arsene Wenger’s squad.

Based on Bicanic’s assessment, it appears as though the pair could be preparing for another move this summer.

“Marcelo is torn on this issue. He wants to play in the Champions League, but does like Inter as a club and enjoys living in Milan,” he said, as reported by FCInter1908.it.

“My personal opinion is that he would stay if Inter offered him a new and improved contract, which is something he deserves, on the same level as the best players in the squad.

“So far the club has not given us the impression they want to do that, so I have to conclude Inter want to sell him.”

With Inter sporting director Piero Ausilio flying to England this past week to discuss various pieces of transfer business, it has naturally been suggested that Brozovic came up in talks.

The trip was ultimately aimed at securing deals for Manchester City pair Yaya Toure and Pablo Zabaleta, but Ausilio stopped off in London too which suggests that other matters were also on the agenda and that could have included Brozovic and his Premier League suitors.