An innocent Instagram post from Javier Mascherano has been bombarded with Barcelona supporters begging him to stay amid reports that he is poised to join Juventus.

According to Spanish newspaper Sport, the tough-tackling Argentine has reached a verbal agreement with Juventus, over a three-year contract and significant pay rise.

Mascherano seemed to be ignoring the speculation as he hung out out with Barca and international colleague Lionel Messi, but his adoring fans could not do the same. 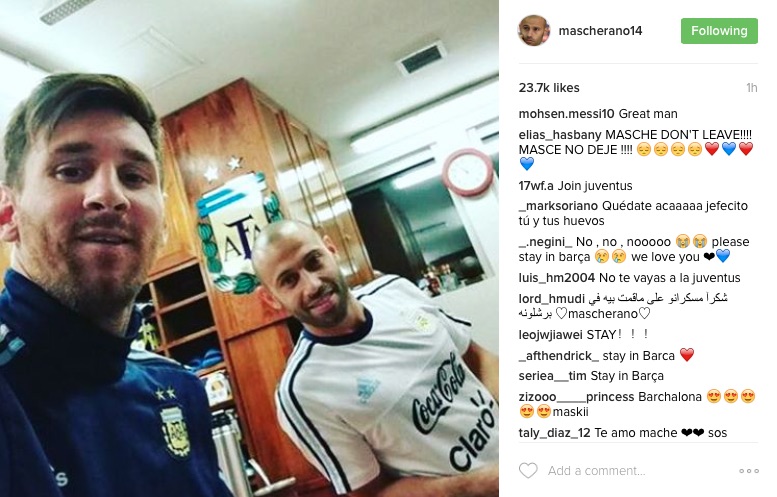 The 31-year-old has clearly become a favourite in his six years at the Camp Nou. He has made 281 appearances, winning four Lga Liga titles and the Champions League twice.

He has reinvented himself as a centre-back in recent seasons. If he is to leave, his last outing for Barca would have been his early dismissal in the Copa del Rey final win over Sevilla.