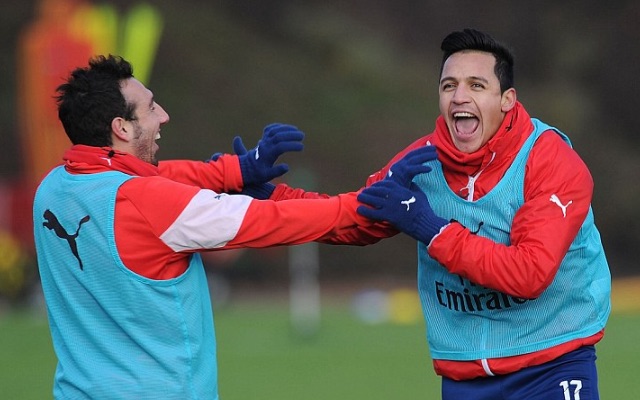 As if the fact they still haven’t signed a serious striker this summer isn’t punishing enough, they have now been mocked by their club’s own official website.

Was this was a deliberate troll or simply naive?

Official #AFC website trolls fans over the lack of a striker signing! Bet Gooners can’t wait for that next ‘quiz’… pic.twitter.com/kro73xbNv2

The Gunners only have one genuine centre-forward on their books. That’s Olivier Giroud, but even he is not the real deal, having failed to threaten the 20-goal barrier in any of his four Premier League seasons to date.

It is common knowledge that Arsenal need to sign a top striker.

Furthermore, it is widely known that Gunners fans are growing increasingly frustrated as they face starting the 2016-17 season without fresh blood in attack.

Of the three suggestions in the cruel poll on Arsenal.com, Alexis Sanchez seems like the best option to lead the line in the Liverpool game, although the Gunners could miss the Chile star’s creativity from his usual position in attacking midfield.

Pacy winger Theo Walcott has flirted with the idea of being a striker all of his career, but he’s a pretty poor flirt – with a Gunners record slightly worse than a goal every four games.

Finally, the third option is to play 20-year-old Chuba Akpom as lead frontman. In fairness, Akpom did have the best season of his career last term, albeit scoring just three goals in 35 Championship outings for Hull City!

Walcott is second with 25%, leaving Akpom in third.

FYI, I voted for Akpom, because I’m all chaos at the Emirates Stadium!