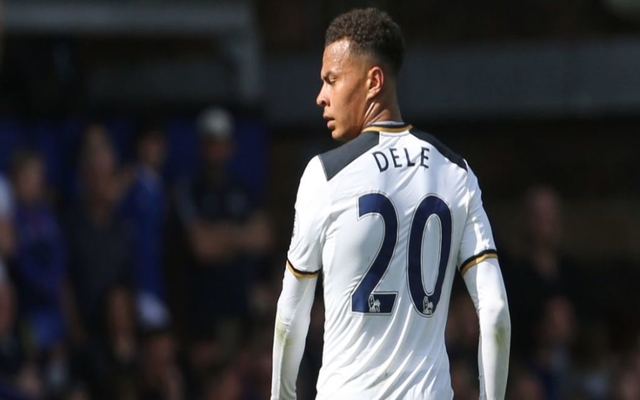 Kane netted a brace late in the second half to snatch all three points from the hands of West Ham.

Slaven Bilic’s side were ahead by a 2-1 scoreline going into the final minutes of the game however, Kane found himself in the right place at the right time to fire home the equaliser in the 89th minute.

The England international found the back of the net two minutes later from the penalty sport to leave West Ham empty handed.

Alli uploaded a photo of himself and his teammates in the dressing room after the game and included the following caption, “What a win! And a special congrats to Harry Kane on his first premier league goal! Many more to come.”

What a win! And a special congrats to @harrywinks_ on his first premier league goal! Many more to come ?? #COYS

Tottenham moved up into forth place with 24 points after 12 games in the Premier League. Spurs take on Monaco in the UEFA Champions League next weekend.