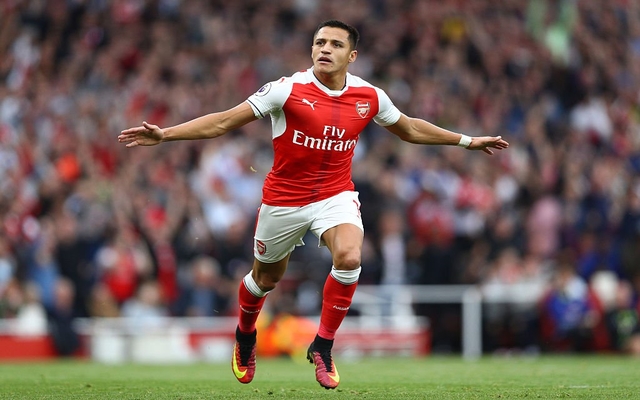 Alexis Sanchez has been quoted in the Mirror today on the subject of his new position as a striker.

The Chilean discussed his new position and compared himself as a “false 9” to Lionel Messi, who he played with at Barcelona.

Sanchez has certainly shown some aptitude for his new job. He’s scored six goals this season already, and has impressed in big games. Last night against PSG he won a vital penalty for his side.

His hard work and movement lend themselves very well to the role of a striker, and despite being small he’s not afraid to put his head where it hurts, and has even managed to score some headers this term.

But despite all this Sanchez just doesn’t have the skill set to play as a false 9 like Messi. The Argentine’s passing ability is so good that when he drops deep into midfield he’s almost as damaging as when he’s in the box. In fact his dribbling and shooting often overshadow the fact that Messi is easily one of the best – if not the best – passer in the world. Sanchez, for all his talents, is not on his level in that department.