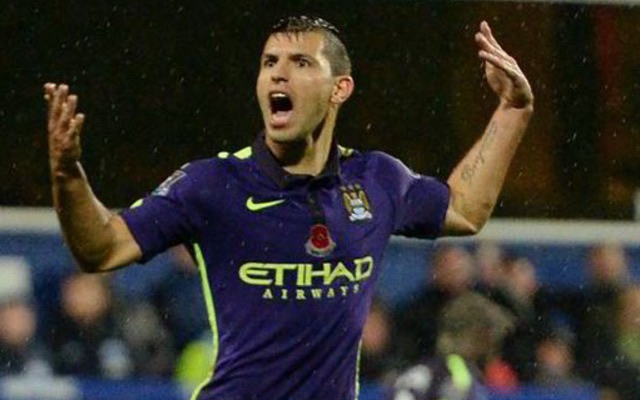 Real Madrid are ready to take advantage of the uncertainty surrounding Sergio Aguero’s future at Manchester City, according to the Mirror.

Aguero has firmly established himself as one of the best players in the Premier League since joining Manchester City in the summer of 2011. The Argentine has bagged 113 goals in 164 appearances in England’s top tier, winning the competition on two occasions.

However, since Brazilian prodigy Gabriel Jesus’ arrival at the Etihad, his position in Pep Guardiola’s starting eleven has looked under threat. Those doubts came to a head as Man City faced West Ham midweek, with Jesus being handed his first Premier League start and Aguero being relegated to the substitutes bench.

It appears as though one European giant could be set to swoop in and rescue Aguero. As per the Mirror, Real Madrid are long-term admirers of the 28-year-old and may see this as an opportunity to secure his services. The tabloid notes that Juventus and PSG could also be interested.