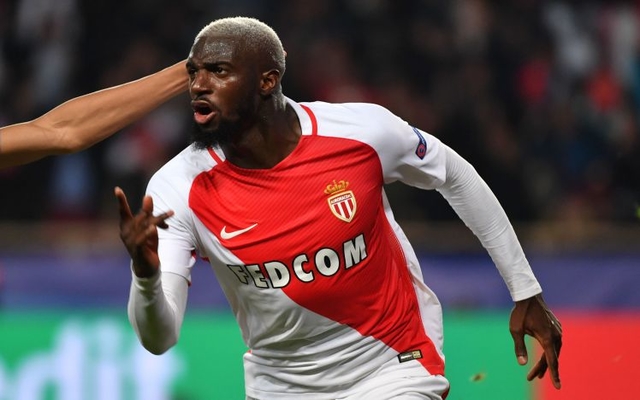 Man Utd boss Jose Mourinho is reportedly keen to beat Chelsea to another of their top summer targets after agreeing a £35m fee for Tiemoue Bakayoko.

Both United and Chelsea had been pushing to sign Romelu Lukaku from Everton this summer, but as confirmed by the former on Twitter over the weekend, they have agreed on terms with the Toffees over a big-money transfer for the Belgian international.

That in itself would have been a major setback for Chelsea and Antonio Conte, which as per The Daily Star, resulted in the Premier League champions refusing to sell Nemanja Matic to their rivals.

However, the report goes on to suggest that Mourinho will look to infuriate them even more by now switching his focus to Bakayoko, as he’s lining up the player that the Blues wanted to replace Matic, having been linked with a move for the Monaco midfielder for weeks.

In truth, it’s questionable as to how Chelsea haven’t already made it official given it’s been tipped to be a done deal for over a week, and so the hold up, whatever it may be, could now prove costly as United eye a £35m swoop, as per the report.

Conte’s mood would have improved on Sunday though after Antonio Rudiger was unveiled as a Chelsea player, but Mourinho is looking to deal his former club another blow after the whole Lukaku situation by swooping in for Bakayoko to significantly bolster his midfield.

Should the Portuguese tactician land the 22-year-old, he would have effectively strengthened the backbone of his team, with Victor Lindelof, Bakayoko and Lukaku forming a crucial part of the line-up moving forward. Nevertheless, it remains to be seen whether or not Mourinho is successful as Bakayoko’s future is seemingly far from certain at this point.