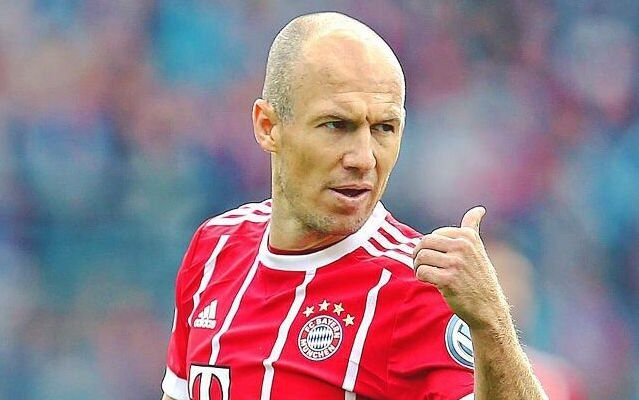 Bayern Munich star Arjen Robben has slammed former coach Carlo Ancelotti as the fall out from the Italian’s departure continues.

Ancelotti was sacked by the Bavarian giants last week, following a disappointing start to the campaign amid speculation that there were problems in the dressing room.

It seems that speculation had an element of truth to it, as Robben has hit out at the former Bayern boss with a pretty harsh and personal swipe at his training methods.

Asked about Ancelotti’s time at the club, Robben said: ‘There’s better training at my son’s youth team [than under Ancelotti]’, as reported by the Metro.

It would have undoubtedly been a culture shock for the players after Pep Guardiola’s stint in charge, but they still managed to win the Bundesliga title last season to suggest that things were going in the right direction.

Clearly it didn’t last as Willy Sagnol took temporary charge at the weekend as Bayern slipped up again, while former Borussia Dortmund boss Thomas Tuchel is noted in the Metro report as being a possible successor to Ancelotti.

Given that he’s won league titles in Italy, England, France and Germany, and a few Champions League trophies to boot, it’s fair to say that Ancelotti’s training methods have served him quite well over the years.

Something didn’t click at Bayern though, and it will be left to Robben and Co. to prove that the change was needed and it was the right decision from the club to part ways.