Arsenal stars have only been away for the international break for two days but Arsene Wenger could have an injury headache on his hands already.

After losing to Manchester City on Sunday, the squad went their separate ways to join up with their respective national squads for the upcoming friendlies and World Cup playoffs.

Olivier Giroud was part of that departing group as he reported for duty with France, and as reported by The Sun, he looked to be in real pain as he clutched his leg during training on Monday at Clairefontaine.

It isn’t clear as of yet as to how serious the knock is, but ultimately it’s the last thing that Wenger wants to see so soon after seeing his players leave as he’ll face an anxious wait for an update on Giroud while also hoping he isn’t hit with any other potential setbacks.

The 31-year-old has struggled for playing time so far this season but has still managed to score three goals, and given he offers something different from the likes of Alexandre Lacazette and Alexis Sanchez up front with his presence and aerial ability, he remains a useful piece in the Arsenal squad to offer a Plan B.

With the north London derby against Tottenham coming up on November 18, Wenger will hope that he hasn’t got another name to add to his injury list, with the Gunners already missing Santi Cazorla, Danny Welbeck, Rob Holding and Skhodran Mustafi through various ailments. 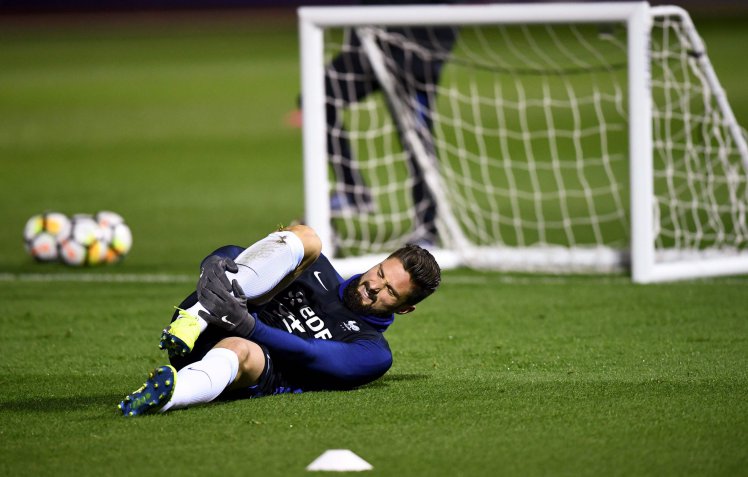