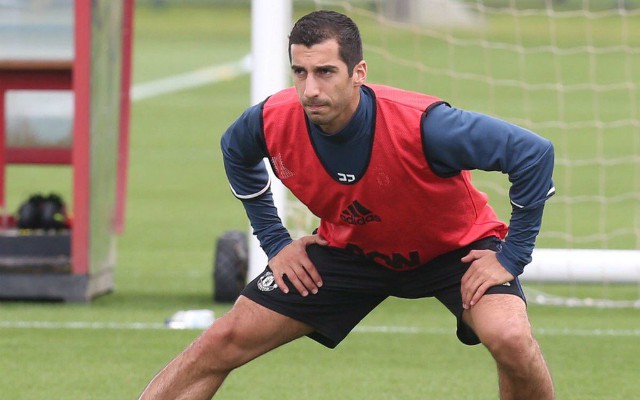 Manchester United attacking midfielder Henrikh Mkhitaryan is in training with the club again today, which Red Devils fans are taking as a bad sign.

Gianluca Di Marzio reported yesterday that the Armenia international’s agent Mino Raiola was in London to finalise the terms of a transfer, while Alexis Sanchez was also close to moving in the opposite direction.

Mkhitaryan, however, is still clearly in Manchester with reports emerging this morning that he’s reported for training at United’s Carrington centre once again, according to Sky Sports among others.

This certainly has United fans worried as they fear him staying at Old Trafford could prevent them doing a deal for Sanchez.

Arsenal could certainly do without losing their best player in the middle of the season and there’ll be less incentive for them to do so if they cannot immediately land a replacement.

For all Mkhitaryan’s flaws, he looks a player who could do a job for the Gunners, but his lack of movement is now causing a stir on social media…

Mkhitaryan at training for United is a joke! Burnley is a tough game and Sanchez would drastically improve our chances. Should have just paid the 30 million and got the Sanchez deal done. Arsenal could have bought Mkhi next week

Fully expect Mourinho say the deal is either looking unlikely or off. Doesn’t look like Mkhitaryan will be going anywhere, Arsenal will have to accept cash or nothing! #mufc

What is Mkhitaryan doing at training again today ffs pic.twitter.com/iJu0O0Y2xd

No Sanchez deal with mkhitaryan going to training