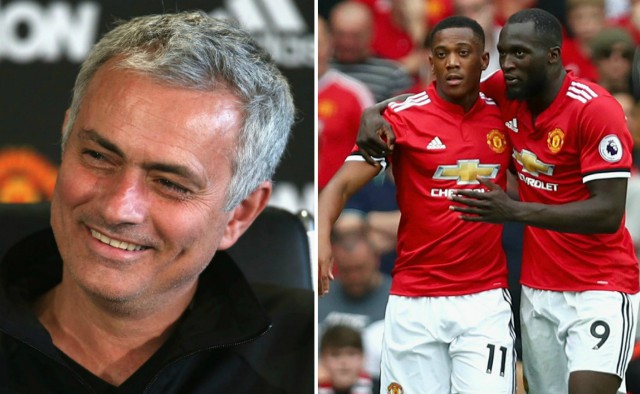 Man Utd secured an important 2-1 win over Chelsea at Old Trafford on Sunday, and reports claim the players got a nice reward from Jose Mourinho for their efforts.

Looking at the Premier League table, it was absolutely crucial for the Red Devils to get a win, and it looked bleak after Willian had given the visitors the lead.

SEE MORE: Jesse Lingard gets personalised his and hers necklaces from stunning girlfriend Jena Frumes

However, goals from Romelu Lukaku and Jesse Lingard turned things around in their favour, and they now remain in second place, two points above Liverpool and four ahead of fourth-placed Tottenham.

In contrast, Chelsea slipped to fifth, with the quartet of clubs all now battling to secure a place in the Champions League next season.

Evidently, Mourinho was a happy man with the result. So much so that the Manchester Evening News have reported that he gave his players an extra day off.

It’s noted that the squad were due to be given a rest on Monday and Tuesday, but they will have Wednesday off too before returning to training and preparing for Monday’s trip to Selhurst Park to take on Crystal Palace.

Whether that turns out to be a sensible decision though remains to be seen. On one hand, it’s an opportunity to recharge the batteries and go again to end the week. However, it could backfire if the players don’t come in sharp on Thursday and ready to build on that important result for a big run-in to end the season.

Either way, Mourinho’s a happy man it seems and he’ll undoubtedly be desperate for more of the same from his players in the weeks ahead with key fixtures coming up.