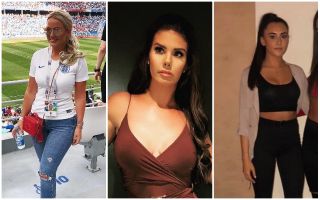 England face Belgium in a crucial clash to determine who will top Group G at the 2018 World Cup, and some of the partners of the players are enjoying their time in Russia.

Both sides have won both their opening games at the tournament, and so they’ll be looking to gain a potential edge by setting up a last-16 clash with the runners-up in Group H.

Whether that proves to be sensible or not remains to be seen as Colombia could lie in wait, but things are going well for the England camp and the wives and girlfriends are enjoying the surroundings and positive environment too.

As seen in the image below, Rebekah Vardy led them on a night out, as per The Mirror, with John Stones’ other half Millie Savage on the far left of the picture, alongside Gemma Acton and Megan Davison – the partners of Gary Cahill and Jordan Pickford.

Annabel Peyton, Fern Hawkins, Annie Kilner, Shannon Horlock and Lucia Loi are also all pictured, and they’re reportedly in relationships with Jack Butland, Harry Maguire, Kyle Walker, Nick Pope and Marcus Rashford respectively as a significant number of the players’ partners have made the trip it seems.

It’s a far cry from the criticism and scrutiny that the WAGs were under in Germany in 2006, but provided results continue to go their way moving forward, then it shouldn’t matter one bit and the partners and families will be hoping to enjoy themselves in Russia on what could yet prove to be a very successful trip for England. 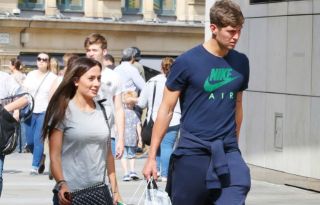