The Blues urgently need a top class signing up front after Morata’s lack of form at Stamford Bridge, but in truth Silva does not look much of an upgrade.

MORE: Chelsea forward lined up for Premier League transfer after another move falls through

The Portugal international, currently on loan at Sevilla, managed just two Serie A goals for Milan last season, and 10 in 40 games in all competitions before leaving for Sevilla this term.

Despite this, Chelsea are interested in signing Silva to solve their striker crisis, according to the Sun.

The report states Chelsea hope to offer Morata to Sevilla to help things along, as this could potentially allow the Spanish club to end his loan so he can return to Milan and then make the move to West London. 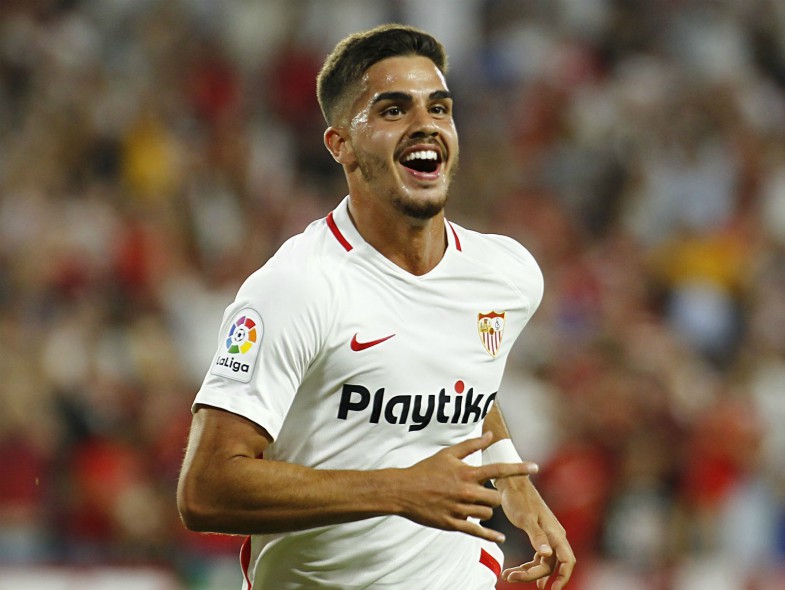 Andre Silva in action for Sevilla

It remains to be seen if CFC fans will be satisfied with this, however, as the 23-year-old would surely not be of the required standard to boost Maurizio Sarri’s side’s top four hopes.

Having had world class strikers and leaders up front like Didier Drogba and Diego Costa in their most successful periods of recent times, the club urgently need to find someone like that to lead the line for them again.