Despite making a record breaking bid for Celtic’s Kieran Tierney, there is no sign of a fee being agreed at the moment. Unai Emery is reportedly desperate to make the deal happen.

The Express has reported that Unai Emery is determined to sign the Scotland international, and told Arsenal executives to go back in with a bigger offer after the first one was rejected.

Despite a second bid being thrown out by Celtic, The Express states that talks are set to continue this week.

The news follows a report in the Sun that Tierney wants to make the move to Arsenal.

The overall deal is likely to cost Arsenal in the region of £45m, With The Express stating that Celtic want at least £25m for the player, and the Sun reporting last month that Arsenal were readying a £20m contract offer for the Celtic star. 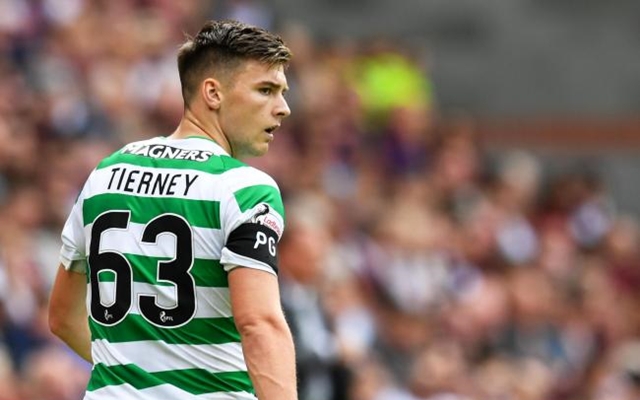 Kieran Tierney in action for Celtic

The transfer fee would make Tierney the most expensive Scottish footballer of all time.

Despite only being 22, Tierney has won 11 major trophies with Celtic and looks ready to make the step up to The Premier League.

It appears to be clear that Celtic have named their price and the player wants to go, it’s now just down to Arsenal to decide if they want to pay it.