Following their 2-2 draw with Watford today, Arsenal have broken an unwanted club record and have also become the worst team in Europe’s top 5 leagues in this area.

Arsenal’s poor defending was the reason why the Gunners wasted a two-goal lead against Watford earlier today, the north London club allowed the Premier League strugglers back into the clash and couldn’t deal with the constant pressure in the second-half.

As a result of their lacklustre performance against the Hornets, Unai Emery’s side have now conceded the most shots this season out of any team in Europe’s top five leagues.

Football Statistician Duncan Alexander revealed one of the worrying figures on Twitter:

Arsenal have faced 96 shots this season, more than any other side in the PL, Serie A, La Liga, Ligue 1 & the Bundesliga. Some effort that.

This stat is truly astonishing, the Gunners have potentially deluded aims of finishing in the top four – yet they are unable to stop teams from freely taking shots against them.

To rub salt into the wounds, it was also revealed that the north London club conceded the most shots (31) since stats were recorded against the Hornets.

Watford’s 31 attempts the MOST they’ve ever had in a Premier League game.

Also the MOST Arsenal have ever allowed.

This is appalling. We are not making any progress under this coach.

Arsenal have failed to address the serious defensive issues that have seen the side fall from the top of English football in recent years.

With the side’s defensive ability looking no better under Unai Emery, should the Gunners make a managerial change in the near future? 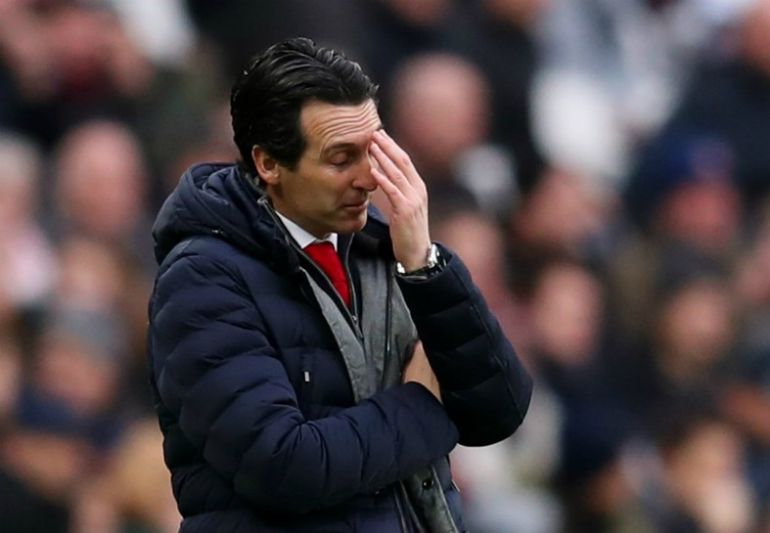 Emery has some serious problems to sort out at Arsenal.

Arsenal fans will be hoping that injured defenders Rob Holding, Hector Bellerin and summer signing Kieran Tierney have what it takes to transform the side’s backline.