Vidal says that himself and the Colombian are ‘brothers’ after striking up an ‘incredible’ friendship during their time together with German giants Bayern Munich.

Vidal adds that he finds it ‘annoying’ that Rodriguez has a difficult relationship with Zidane, this has been one of the key reasons why the attacking midfielder has made little impact with Los Blancos.

Rodriguez has been limited to just 14 appearances for Real Madrid this season, with Marca adding that the star told Zidane not to include him in matchday squads for the run-in if wasn’t going to be used. 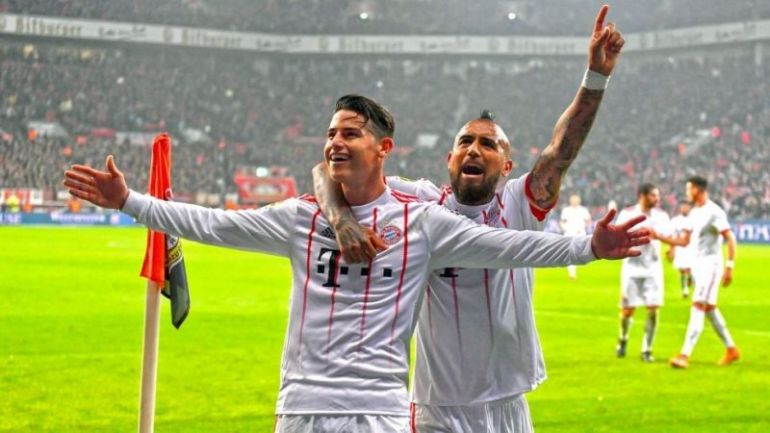 Here’s what Vidal had to say on his ‘brother’s’ situation at Real Madrid:

“James and I are brothers, we forged an incredible friendship in Munich, we talk all the time, on holiday we did and it’s annoying that he has problems with the coach.”

“James has a high level to play as a starter for that team and I don’t know why they didn’t give him a chance this year.”

Vidal also hinted that Rodriguez’s best option would be to leave this summer:

“I hope he takes the best decision and begins to play, I think people, football admirers, love to see quality players and James is one of them.”

“He has to grow, search for his future and find a place to play and enjoy football.”

Rodriguez arrived in the Spanish capital as a marquee signing following his exploits at the 2014 World Cup, the ace’s time with Los Blancos has been hindered with injury troubles.

It’s great to see Vidal jumping to his good friend’s defence after Rodriguez has endured a very difficult time since returning from the two-year loan spell with Bayern Munich last summer.

Rodriguez is 29 years old and will be hoping that he has the chance to play an important role for another top club after a torrid time in Madrid.