According to La Vanguardia, Barcelona will have to pay a compensation fee of between €4-5m to the Dutch football federation in order to appoint Ronald Koeman as their new boss.

La Vanguardia report that this fee has been determined by a release clause in the 57-year-old’s contract with the national team, with Koeman having to pay this compensation figure himself.

As a result, the contract that Barcelona put forward to the club legend will have to include this fee, Koeman will be appointed on a two-year contract.

It’s added that Koeman’s second season will be in the hands of Barcelona’s president, with a new figure to be appointed after Josep Maria Bartomeu’s tenure in March or April of next year.

With it clear that there is major discontent throughout the Catalan outfit, the appointment of a legend in Koeman could be perfect with the side needing some stability after a difficult few years.

See More: Opinion: Ronald Koeman is yet another uninspiring appointment for Barcelona 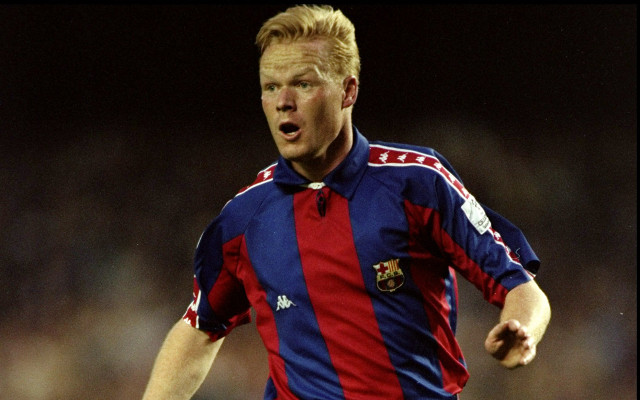 Koeman during his playing days with Barcelona.

La Vanguardia report that Koeman isn’t likely to be announced until tomorrow at the earliest due to the matters that need to be solved with the Dutch FA, Bartomeu has insisted a deal is close though.

The report actually states that Koeman rejected the chance to take over following Ernesto Valverde’s sacking in January, the doomed Quique Setien took the reins instead.

It’s now stated that the Dutchman is ready to finally take this opportunity to become Barcelona’s manager with the role evaded the former ball-playing defender on several occasions.